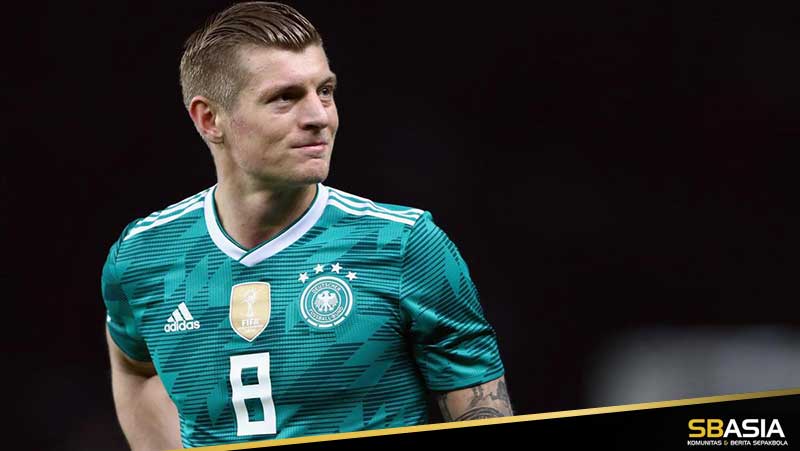 The mainstay of the German National Team, Toni Kroos, apparently does not agree that the upcoming 2022 World Cup is held in Qatar. Even though the decision had been made, the Real Madrid player felt that it was the wrong decision.

Previously, it should be noted that the selection of Qatar to host the 2022 World Cup has been in the spotlight since several years ago. The criticism itself is suspected for several reasons.

This includes human rights violations related to workers preparing advice and infrastructure for the four-year tournament. This information was reported by the well-known media, The Guardian in February.

In the report, it was reported that there were more than 6,500 workers who lost their lives because of the extreme demands of work to complete this huge mega project.

Since then, protests and criticism on the part of Qatar have emerged, and some countries have even taken part in protesting. But the decision has been made and Qatar will host the upcoming 2022 World Cup.

However, Toni Kroos, who is one of the midfielders for the German National Team, still criticized this decision.

“I think it’s wrong that this tournament was given to them. Immigrant workers have days without rest with temperatures below 50 degrees, they suffer from insufficient nutrition, without drinking water and crazy temperatures.”

“All these points are completely unacceptable,” stressed Kroos on his brother Felix Einfach mall Luppen’s podcast

In addition, FIFA also emphasized that they do not plan to move the venue for the football party in 2022.

“With the very strict health and safety measures on site, the frequency of accidents at FIFA World Cup construction sites is low when compared to other major construction projects around the world,” reads an official FIFA statement.