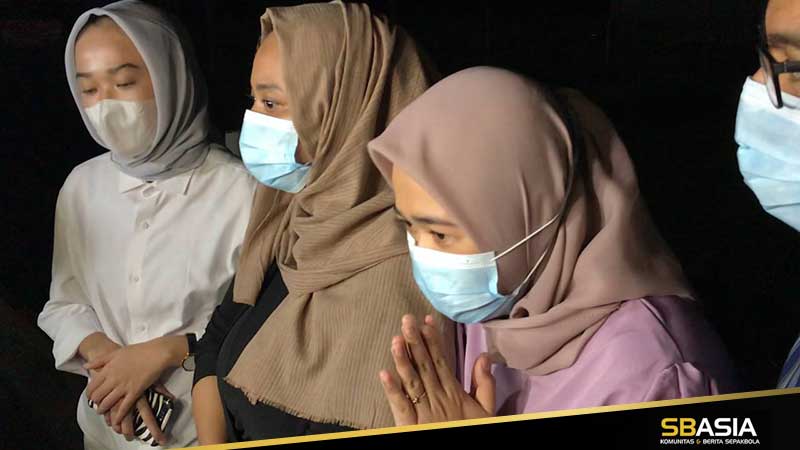 Ayus Sabyan is known to have apologized to his wife, Ririe Fairuz in connection with the alleged affair with Nissa Sabyan. However, Tia, as the younger sister of Ririe Fairuz, revealed that until now her party had not received an apology from Nissa Sabyan.

The allegations of the affair made by Ayus with Nissa, both of which are personnel from Sabyan Gambus, are still being discussed by netizens.

The accusation itself has only been revealed since Ririe Fairuz, as the legal wife of Ayus Sabyan, filed a divorce suit against her husband in January.

Then the affair issue became even more burst out when Ayus’s younger brother revealed that his brother was having an affair with vocalist Sabyan Gambus, Nissa Sabyan.

Until now, a new clarification came from Ayus Sabyan, where in a video message, he apologized to all parties, especially his wife, Ririe Fairuz.

But Tia revealed that in fact Ayus’s apology has been accepted by his family since before this news broke out in the mass media.

“If, for example, an apology from Abang parties or Ayus, so far it has been discussed in a family manner and everything has been decided together,”

“So, we have apologized beforehand. (Ririe Fairus) has made a decision between Kak Ririe and Abang to separate,” said Tia. Ririe Fairus was there when contacted by reporters.

In fact, Tia revealed that there had been talks in a family relationship with Ayus Sabyan and her brother, where in the end they agreed to separate.

“Yes, so indeed before that Abang Ayus and Kak Ririe had (talked) between one family and another. It has been discussed, they made a joint decision to separate,” he said.

Unfortunately, until now there is no apology from Nissa Sabyan.

“Well, we just prayed and waited for the best from God. That’s all. Just wait (Nissa apologized or not about the affair), we don’t know either,” said Ririe Fairus’s sister, Tia.

Warganet still awaits clarification from Nissa Sabyan, while Ayus himself in the video does not mention the issue of allegations of adultery.